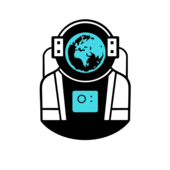 Tansocial is more than just an Innovative Digital Marketing Company, we pride ourselves on setting the standard for future advancements in marketing. We are based in the heart of San Francisco, working with clients all over the globe. With the rapid growth of social media and technology making it easier than ever to communicate with clients from virtually anywhere, it only makes sense that we work with organizations from around the world.

We specialize in Lead Generation, Creating Client Acquisition Systems, Social Media Branding/Content and Text Message Marketing. At any moment in time our team is equipped to target your consumer demographic directly and help aid in putting your content in front of the right people - the opportunities are endless.

Challenges of an interracial relationship, how Joseph Gish and his wife Julie Gish solved theirs

Joseph Gish speaks on the challenges of a interracial relationship and different ways you could approach these challenges.

In the past five decades, the percentage of marriages that were interracial has skyrocketed from just three percent all the way to nearly 20 percent. Joseph Gish, a Caucasian man whose wife is from China, notes that interracial relationships often come with added difficulty that can be rooted in the cultural differences and communication.

Gish met his wife Julie for just 6 days in Barcelona before he decided to leave the US and move to China to be with her. Along that ride, he discovered that adapting to a new culture and learning new ways to look at things was much more difficult than he had envisioned.

“I remember one day my wife’s cousin had brought his girlfriend over and it was cold outside. I was always taught growing up that you help a woman take off her coat when she comes inside, so that was exactly what I did,” Gish said. “Her cousin stared at me like I was hitting on his girlfriend and my wife even asked me if I liked the girl. I had to explain to them that it was just something I was taught by my family.”

Another incident that occurred was at a dinner party when it was time to make a toast.

“I remember holding my glass up, taking a sip and then putting the glass down. I was told that in Chinese culture it is considered disrespectful not to finish the entire glass during a toast, so that was also something I had to learn how to do,” Gish said.

A final adaptation to Chinese culture Gish had to make was how to approach a parental relationship.

Gish added that the best way to approach this cultural divide is to just be receptive to new things, and above all else, to listen.

“Many men don’t listen to their wives enough, or even if they do listen, they don’t listen correctly,” Gish said. “You have to be thinking how your actions will affect your significant other, and even if it is just a cultural thing, you need to understand that may well still have an impact.

Disclaimer: The information does not constitute advice or an offer to buy. Any purchase made from this story is made at your own risk. Consult an expert advisor/health professional before any such purchase. Any purchase made from this link is subject to the final terms and conditions of the website's selling. The content publisher and its distribution partners do not take any responsibility directly or indirectly.  If you have any complaints or copyright issues related to this article, kindly contact the company this news is about.